Welcome to Episode 19 of the Voices to Veterans podcast. This episode features the story of Command Sergeant Major Thurman C. Cousins, U.S. Army (Retired).Thurman Cousins is a soldier’s soldier. Steeled in battle during the Korean War, he went on to serve two combat tours in Vietnam and rose to the Army’s highest enlisted rank. […]

Less than five years after the end of World War II, the United States again found itself at war, this time on the Korean Peninsula fighting Communist aggression. Despite 1.8 million U.S. military members serving in the theater of operations during the bloody three-year conflict, Americans know little of their service and sacrifice. Aviation Boatswain’s Mate Second Class Keith Bunton, U.S. Navy, experienced the Korean War off the shores of Korea onboard the aircraft carrier USS Essex (CVA-9), which launched airstrikes against enemy targets during two Korean War deployments. This is Petty Officer Bunton’s story.

The bravery of the men and women in the United States Coast Guard is legendary. They set sail in the most hazardous weather conditions to rescue mariners and migrants at sea and to interdict smugglers trying to bring illegal drugs to our shores. The Coast Guard is also a military service, with ships and crews […]

I’ve had the honor of interviewing numerous veterans. Many were citizen soldiers, drafted in times of national need and answering our nation’s call. When their tours of duty ended, they returned home and got on with their lives. I could tell right away Command Sergeant Major (CSM) Thurman C. Cousins was different. Battle tested in […]

Lessons from a Veteran’s Grave

It’s been a while since I’ve posted anything and I thought I would revive a story I told several years ago because it really helps explain why I write. For me, writing presents an opportunity to make a difference. The difference may be as simple as making someone’s day a little brighter through an entertaining […] 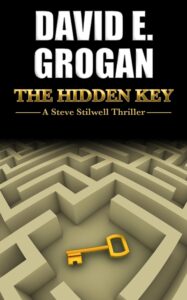