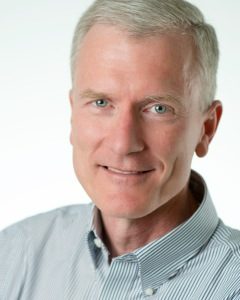 David E. Grogan served on active duty in the United States Navy for over 26 years as a Navy Judge Advocate. During the course of his Navy career, he prosecuted and defended court-martial cases; negotiated agreements in capitals around the world; lived abroad in Japan, Cuba and Bahrain; deployed to the Mediterranean Sea and the Persian Gulf onboard the nuclear powered aircraft carrier USS Enterprise; and actively contributed to the fight against piracy and international terrorism. His experiences abroad and during the course of his career influence every aspect of his writing. His third novel, The Hidden Key, will be released by Camel Press in April, 2020. His first two novels were Sapphire Pavilion and The Siegel Dispositions.

Dave’s current home is in Savoy, Illinois, where he lives with his wife and their dog, Marley. He has three children.

When Kevin Jones smuggles an ancient clay tablet out of Iraq, he pays with his life. A wealthy Indian businessman seeks it next until he cries out in anguish he’s sold his soul. Attorney Steve Stilwell must uncover how these two incidents are connected before the tablet’s secrets consume him too.

The Hidden Key is the most challenging case of Steve Stilwell’s career. As if dealing with a dead billionaire’s estate while people are trying to kill him isn’t enough, his personal life is coming apart. This case forces Steve to recognize what in life is really important to him.

Ancient artifacts have always intrigued me. Each one has a story just waiting to be unlocked, and people want to know what those stories are. Throngs of people flow through museums to look at objects from the past, or visit ancient Greece and Rome each year. Some are so captivated that they have to possess what they see, even if it means stealing or entering the black market to do so. In fact, both the New York Times and Washington Post have recent articles about wealthy people getting caught up in smuggling ancient artifacts, hoping to exploit for themselves the secrets they hold. The Hidden Key explores the magnetic pull ancient artifacts have over all of us, drawing us closer to them even as we try to resist.

Two thugs steal a mysterious clay tablet from a Navy sailor who smuggled it out of Iraq and murder him. One week later, attorney Steve Stilwell watches helplessly as a wealthy new client dies in front of his eyes at a London restaurant. When he returns to the United States to probate his deceased client’s estate, he comes into possession of an ancient artifact the FBI wants and others will kill for. Steve, and his law partner, Casey Pantel, follow leads to Italy and India to figure out why their client died and decipher the meaning and value of the artifact. What they discover puts their lives in danger.

The actual writing time was about eighteen months, but I spent much longer than that researching it and preparing myself to write it. In fact, when I came up with the idea for The Hidden Key, I knew I was not ready to write it. It wasn’t until after I wrote Sapphire Pavilion that I had the confidence and knowledge of the characters and story. That’s when the plot started to finally come together.

The Hidden Key blends international law with fast-paced, gritty action in the United States, the UK, Italy, and India.

Borrowing a military phrase, I “put eyes on target” before trying to write about events taking place in another country. With the second book in the Steve Stilwell thriller series, Sapphire Pavilion, the story is set in Vietnam and describing the setting was important to the story. In The Hidden Key, the settings include London, central Italy, and India. I visited all of those locations, often writing chapters at night in my hotel room. There are some settings, and even some characters, that would not have been possible without my visiting those locations.

The Hidden Key is about ancient artifacts and their effect on people’s lives. Anytime you deal with artifacts, there will always be controversy. People interpret their meaning and value through their unique perspectives. When those perspectives are the product of deeply held convictions, controversy results. In The Hidden Key, Kevin Jones smuggles an ancient clay tablet out of Iraq. To him, it is a cool souvenir of his wartime service and maybe something he can make a few bucks on. To others who know the tablet’s story, it’s a secret worth killing for.

Look for The Hidden Key, as well as the previous two Steve Stilwell thrillers, Sapphire Pavilion and The Siegel Dispositions, in the thriller/mystery section of your favorite bookstore. All three include elements of history, mystery, international intrigue, and the law, as well as allusions to the characters’ prior military service. Fans of John Grisham, Tom Clancy, and Dan Brown will enjoy these stories.

You can order The Hidden Key, Sapphire Pavilion and The Siegel Dispositions from your favorite bookstore, but all three are also available online in book and paperback formats. Readers can also request the titles from their local library.

You can read Chapter 1 of The Hidden Key by clicking here. 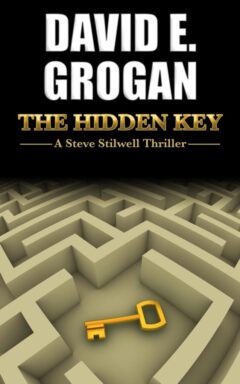