Ever since I was a little kid, the Fourth of July has been my favorite holiday. Every year, our family would go on a picnic with five couples my Mom and Dad graduated with from West Tech High School in Cleveland, Ohio. We’d go to a local park and cook out, my parents would always bring Kentucky Fried Chicken (before it was KFC), and we’d have a fabulous picnic with all of the kids – and there were always lots of kids.

Each family also brought a desert, including the mandatory watermelon, and you could eat whatever you wanted. I was only interested in one thing. My Mom made Rice Crispy squares with a super thick milk chocolate frosting. To this day, they make my mouth water just thinking of them. My Mom only made them for special occasions like the Fourth of July, but they were worth the wait. I can’t remember any other deserts besides the watermelon and the Rice Crispy squares, but those two are forever etched in my mind.

After eating, all of the dads would play the kids in a baseball game (not softball). In the early years, the dads were more comedians than baseball players, doing all kinds of acrobatics to let the kids get on base. But as we kids started to get older and more athletic, the games began to get more competitive. By the time we were in our early teens, we’d give the dads a run for their money. I don’t know if we ever beat them, but the games are still fresh in my mind, despite occurring many gray hairs ago. We also used to put the American flag out in our front yard on the Fourth. My dad pounded a pipe into our front garden, and we’d stick the flag’s bamboo poll into the pipe and fly it all day. We flew it more often than just on the Fourth of July, but for some reason, putting it out on the Fourth of July shines through brighter than the other days. 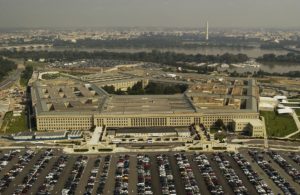 My wife and I have continued at least some of our Fourth of July traditions. Being a military family, we’ve not had a static group of friends to celebrate the holiday with year after year. We have, however, tried to do a family cookout, followed by the best fireworks we could find. The most amazing shows were on the Mall in Washington, DC. Before 9/11, we used to watch from the Pentagon. It was an amazing show with the fireworks bursting over Washington while people with their radios broadcast the National Symphony Orchestra playing the 1812 Overture. If that didn’t bring a patriotic tear to your eye, nothing would!

Last night, my wife and I had our neighbors over for a cookout. Our neighbors are a retired Army couple. I don’t know how to explain it, but there’s a bond between military people – especially us retired types – that just makes it easy to talk and enjoy one another’s company. Even though we’ve only known each other since we moved to our neighborhood a couple of years ago, it was as if we’d been friends all of our lives. Then we piled in the car and went and watched the Urbana/Champaign fireworks.

The beauty of small town fireworks is that you can get close to the action. Last night, I felt like I was right in the middle of the grand finale. Booms, colors, flashes and crackles were all around me. I could once again taste my Mom’s Rice Crispy treats, feel myself running in the dirt around the bases while the dads intentionally fumbled the baseball, and see my kids’ awed faces as the fireworks burst over the Washington Monument in Washington, DC.

There is magic in the Fourth – a magic that keeps you young and hopeful. Maybe that’s why I love the Fourth of July so much. I can’t wait for next year! 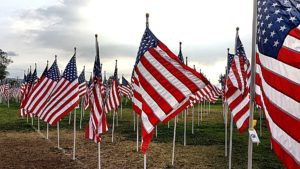